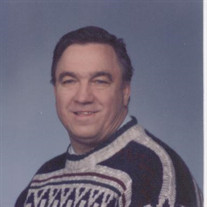 Norman Leon Moyes, 73, died on Dec. 30, 2015 at the Utah Valley Specialty Hospital in Provo, Utah. He was born on December 22, 1942, in Payette, Idaho to Maurice Reuben Moyes and June Beatrice Pyper. He first married Llona Crane in Salem, Oregon on July 7, 1962, and they had three children. This marriage ended in a divorce. He later married Doris Ann Mortensen in Salt Lake City, Utah on September 3, 1994. Norman grew up in Baker City, Oregon. After High School, he moved to Provo, Utah to attend BYU, where he met Llona. He graduated from BYU in August of 1965 with a degree in child development and family relations. The young couple moved to Castle Dale, Utah, where Norman had been hired by the State of Utah as a social worker. After two years, they returned to Provo so that Norman could pursue a master’s degree in human development and family relations. He graduated with that degree in 1969, and he was hired by Chadron State College in northwestern Nebraska, to teach sociology, social work, and marriage & family. While in Nebraska, Norman began teaching adult education classes in genealogy. Each summer, he would lead seminars in genealogy, bringing groups to Salt Lake City who wanted to use the Family History Library. When his four-year contract with Chadron State ended, Norman brought his family to Orem, Utah to start his own business as a professional genealogist, specializing in Scottish ancestry. Norman was an active member of the Church of Jesus Christ of Latter-day Saints his whole life, despite the challenges he faced as a child as the first active member of his family. His younger brother says it was through Norman’s example that he himself began to attend regularly. As a member, Norman served in a number of capacities: stake Sunday School president; branch Seminary instructor; Family History teacher and consultant; Gospel Doctrine teacher. Norman was influential in organizing a family organization that eventually included over 600 descendants of Robert Moyes and Elizabeth Hutchison, our first ancestors to join the LDS church in Scotland. This organization held an annual family reunion for many years and raised funds to research this family line. Norman met his wife, Doris, a fellow professional genealogist, at the Family History library in Salt Lake City. They made their home in Orem, Utah, and combined their talents to form a business, Genealogical Search Services. Norman is survived by his wife, Doris Ann Moyes, his daughter, Lise Moyes Christiansen (Nathan), of Orem, UT, his son, Leslyn Moyes (Cynthia Johanson), of Washington, UT, and his son, Jeffrey Moyes (Sharla Winder), of American Fork, UT. He is also survived by fourteen grandchildren: Jonathan, Katja, and Jessica; Shanna, Andrew, Katie, Jeremy, April, Kimber, and Kyle; and Parker, Bryson, Jacob, and Emma. Norman is also survived by three sisters and two brothers: Phyllis McDowell, of Logan, UT; Wanda Smith, of Baker City, OR; Becky Shorts (Roy), of Waldron, Arkansas; Phillip Moyes (Carol), of Springville, UT; and Nathan Irvin, of Baker City, OR. Norman was preceded in death by his parents, his older brother, Robert Moyes; an infant sister, LouAnn Irvin; and his brother-in-law, Robert McDowell. A funeral will be held at 11:00 am on Monday, January 4, 2016 at the Lakeridge 1st Ward Chapel: 575 S 400 W, Orem, UT. A viewing will take place from 9 to 10:30 and interment will be at the Orem City Cemetery. The family would like to thank: the staffs of the Utah Valley Regional Medical Center, of Utah Valley Specialty Hospital, and the Orem Rehabilitation and Nursing Facility for the care and treatment of Norman. Please share memories and condolences at www.serenityfhs.com

The family of Norman Leon Moyes created this Life Tributes page to make it easy to share your memories.