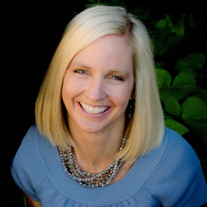 Salt Lake City, Utah – Patricia (Trish) Glenn, 46, passed away on Thursday, February 25, 2016, after a valiant battle against an aggressive breast cancer that had metastasized to her brain and lungs. She is the youngest of seven children born to L. Spencer and Joyce K. Parkinson. Trish grew up in Logan, Utah, graduating from Logan High School in 1987. She attended BYU and later New York University in Manhattan where she completed Journalism and German degrees and graduated with honors. While at NYU she interned with Jane Pauley at the NBC studios in New York. She also visited and later worked abroad in Germany. Trish enjoyed big city life and moved to Chicago where she worked as a commodities floor trader at the Chicago Board of Trade. In her “spare” time she also taught piano for 5 years and walked dogs in downtown Chicago not far from her “speakeasy” apartment. Eventually Trish ended up back in Utah where she had been accepted to University of Utah Law School. After law school Trish served as a Legal Defender, an Associate City Prosecutor (where she was affectionately known among her colleagues as the “prosecutie”), a Deputy District Attorney, a partner at Parsons, Behle, & Latimer, and an Assistant U.S. Attorney. Trish loved adventure and exhilaration. Whether skiing, wake-boarding, snowboarding, motor cycling, road cycling, or participating in other outdoor sports, she exhibited great exuberance for life. However, Patricia never became truly complete until she married Kelly Glenn, also originally of Logan, in Salt Lake City in 2008. They were blessed to deliver triplets on April 16, 2011. George, Edison, and Parker brought great joy and many challenges to Kelly and Trish's life. Trish astounded all with her determination, tenacity, organization, courage, and drive, particularly in light of the special needs of two of the three triplets. Trish was respected and loved by all who knew her, and adored by her dear husband, Kelly. In early 2015 Trish was diagnosed with breast cancer. For a time she appeared to have beaten it, but eventually Trish’s body succumbed to the illness. Sustaining Trish through all this were those she treasured most in life, her Father in Heaven, Kelly, Olivia, Parker, George, and Edison. Trish is preceded in death by her older brother James and her father L. Spencer Parkinson. She is survived by her mother, Joyce Parkinson, and her siblings Spencer, Stephen, Susan, Robert, and Nancy. Funeral Services will take place on Tuesday, March 1, 2016, at 12:00 noon at the Parleys 1st Ward building located at 2350 S 2100 E, Salt Lake City, Utah. A viewing will be held prior to the funeral from 10:00 a.m. to 11:30 a.m. A Family Graveside Service will be held at the Logan City Cemetery on Wednesday, March 2, 2016. Memories and condolences may be submitted at www.serenityfhs.com. In lieu of flowers, donations to the family GoFundMe site at: https://www.gofundme.com/lq8lw0 would be appreciated. Kelly, the boys and Liv wish to thank all who have so lovingly given of their time, resources, and service.

Salt Lake City, Utah &#8211; Patricia (Trish) Glenn, 46, passed away on Thursday, February 25, 2016, after a valiant battle against an aggressive breast cancer that had metastasized to her brain and lungs. She is the youngest of seven children... View Obituary & Service Information

The family of Patricia Parkinson Glenn created this Life Tributes page to make it easy to share your memories.