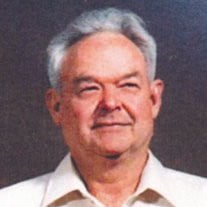 Our wonderful Father, grandfather, great-grandfather, brother, uncle and friend, Paul Watson Seeley passed away peacefully on Thursday, May 16, 2013 with his family by his side. He was 91 years old. He is survived by his son, Fred L. Seeley,... View Obituary & Service Information

The family of Paul Watson Seeley created this Life Tributes page to make it easy to share your memories.