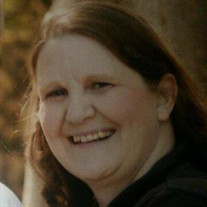 Polly Jane Smith 1960-2016 Our beloved wife, mother, grandmother, sister and friend passed away peacefully at home September 1, 2016. She was born on June 24, 1960 in Salt Lake City, Utah to Robert Dee Maurer and Bonnie Jean Banks. She married Douglas Glenn Smith on March 14, 1981 in the Salt Lake Temple. She was an active member of the LDS church and held various callings. One of her favorite ways to provide service was with the children. She had a love for art, teaching, primary, music, crafts, singing, Zumba, and her family. One of her greatest joys was the time spent with her granddaughter. She gave countless acts of service to her many friends and neighbors. Polly is survived by her loving husband Douglas, and four of her children; Adam, Alison, Stephen (Ansley), Kathryn, 1 beautiful granddaughter Avery, her siblings Barbara Rosenthal, Linda Hoffman, Kellie Smith, Chris Maurer, Ronald Maurer, James Maurer, along with many aunts, uncles, cousins and supportive friends. She is proceeded in death by her parents Robert and Bonnie, her brother John, her mother-in-law June Smith, and her beloved son Darren Robert Smith. Funeral Services will be held on Thursday September 8, 2016 at 11 a.m. at the LDS Church at 4551 South 1200 East in Salt Lake City. A viewing will be held at the Church on Wednesday evening from 6-8 p.m. and Thursday from 10-10:30 a.m. Burial will follow the services at Elysian Gardens. You may share condolences with the family at www.serenityfhs.com

The family of Polly Jane Smith created this Life Tributes page to make it easy to share your memories.