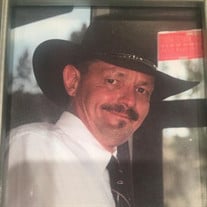 Randall Curtis Reeves passed away at his home in Layton, Utah on Wednesday May 31st he was 58 years old. He was born December 8, 1958 at Stanford University Hospital in San Francisco, California to parents Barbara Jo Lambson Reeves and John Pitt Reeves. Randy is survived by his daughter Ashley Kay Gomez her husband Alberto Gomez their son Oliver and daughter Kailey Kay Gomez, brother Brian Reeves Chardell Reeves (wife), sister Connie Call and Randy Call (husband) and sister Amanda Rigan and numerous nieces and nephews. Randy is preceded in death by his mother Barbara Jo Lambson Reeves, brother Mark David Reeves Grand-Mother Dolly Lambson and Grandfather Leroy Lambson. Randy grew up primarily in Salt Lake City, Utah and attended Highland High School before graduating and moving to Aurora Colorado where he worked for the Rocky Mountain News and later a private bus charter company as a driver. Randy attended the Art Institute of Colorado for a brief period of time and studied art in various forms. Randy also studied and competed in Twai Kon Do winning multiple matches and a state championship. Randy possessed a natural and gifted talent for art specializing in caricature drawings, which he often referred to as “doodles”. Randy’s gift was such that his high school art teacher encouraged him to continue a formal education in art and pursue a professional career as a cartoonist. Randy continued to study art both formally and informally and quickly developed his own unique style taking inspiration from his friends, family and every day life experiences. He had a unique ability to take a word, phrase or thought and in a single drawing tell an entire story with humorous detail. Later in Randy’s life he fell in love with nature photography. He had an incredible eye for detail and a love for capturing nature’s splendor. Drawing was not Randy’s only talent; he was a born storyteller. Within seconds he would have you laughing until you cried or on the edge of your sleeping bag in suspenseful terror with his ghost stories (nearly traumatizing an entire group of Beehives on a campout). And never has there been a small child or dog that did not fall under his spell. Randy had a big warm heart that made you feel safe and loved in an instant and comical facial expressions that needed no words to express their meanings. He always knew exactly what to say at the wrong time and would either infuriate or deflate any person or situation with laughter. Randy’s talents were endless. Randy got a job as a bus driver for a private charter company in Colorado and discovered an unexpected passion and career. His bus adventures took him all over North America traveling with professional sports teams to guiding foreign tourists and evangelical bible school students through majestic national parks, big cities and most of all the Rocky Mountains. There was no greater sight than to see him pull up in front of Mom’s house in his bus with his black cowboy hat, a big smile and a fresh load of Chinese tourists. He traveled all over the United States for many years until his back could no longer take the long trips and ended his career he loved so much. Randy’s greatest passion in life and his proud legacy is his daughter Ashley Kay. Randy was a member of the Church of Jesus Christ of Latter Day Saints and so loved reading the scriptures. He struggled both physically and spiritually but never gave up hope and belief in his eternal heavenly father. The last few years were particularly difficult for him as he experienced multiple illnesses and surgeries. We are all comforted in knowing that Randy is no longer in pain, his struggles are over and he is once again united with his heavenly family and surrounded with love. He is whole again and in peace. His service will be at Located at Serenity Funeral Home in Draper, Utah 12278 S Lone Peak Parkway Suite #103 Thursday June 8, 2017 the viewing will start at 10:30 and followed by a service. Burial will be after the service at 1:00 at Mountain View Estates in Cottonwood Heights.

Randall Curtis Reeves passed away at his home in Layton, Utah on Wednesday May 31st he was 58 years old. He was born December 8, 1958 at Stanford University Hospital in San Francisco, California to parents Barbara Jo Lambson Reeves and John... View Obituary & Service Information

The family of Randall Curtis Reeves created this Life Tributes page to make it easy to share your memories.

Randall Curtis Reeves passed away at his home in Layton, Utah...