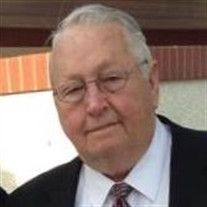 On May 7, 2016 Richard Bjorn Gjennestad stepped into eternity. He remains forever alive in the hearts and memories of those he loved best, his wife Anna Christina Gjennestad, and his children Michael, Monica, Erika and Liz. He is also survived by the countless family and friends whose lives are blessed to have known this humble, steadfast, hardworking man. Richard was a man who lived with his heart, who knew that grown men cry, and whose strength blessed his family daily. He was a son, a brother, a husband, a father, a grandfather, a tinker, and repairman of all that was broken or seemingly in need of betterment. He was a healer of hearts, a man of wisdom, and one who was never daunted in the expression of his ideas or opinions. He exuded love and gentleness to for his wife, support and protection for his daughters, and strength of character and example for his son. He was filled with friendship and charity and he quietly served in every way he could, and gave of his love and labors without restriction. From one of his favorite books by James L. Ferrell called The Peace Giver is a quote that illustrates the way Richard lived his life…”Righteousness is simply a humble understanding of how unrighteous one is, coupled with a deep commitment to become better.” Richard was truly dedicated to being a man of deep character who gave back to the world around him, despite the many times that same world showed little or no tenderness to him. Richard was born on May 10, 1935 to Birger and Myrtle Gjennestad. He never had an opportunity to know his father as Birger lost contact with the family when Richard was just two years old. Later his mother married Arthur Goen, who raised Richard and his brother and sister as his own. Richard entered the army as a young man and served for a number of years in England before returning to the states. In 1967 Richard met the love of his life and the woman who would be his lifelong and eternal companion, Christina. Together they built a life of love and family rich in closeness and connection. It is with heavy hearts that his family now say goodbye to him for a time, with a promise from Richard that he would be a continuing guide, companion, champion, and protector from heaven, just as he was in life. There will be a viewing Thursday night May 12, 2016 from 6:30pm - 8:00pm. Location of viewing will be the LDS Chapel at 2101 Providence Drive, Saratoga Springs, UT. 84045

On May 7, 2016 Richard Bjorn Gjennestad stepped into eternity. He remains forever alive in the hearts and memories of those he loved best, his wife Anna Christina Gjennestad, and his children Michael, Monica, Erika and Liz. He is also survived... View Obituary & Service Information

The family of Richard Bjorn Gjennestad created this Life Tributes page to make it easy to share your memories.

On May 7, 2016 Richard Bjorn Gjennestad stepped into eternity....