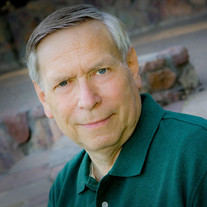 Robert (Bob) Roberts passed away Friday, November 11th, 2016, surrounded by his family in Orem, Utah, due to complications from congestive heart failure. He was born on December 26th, 1939, in Whittier, California. He was the middle of three children born to Robert Roberts Sr. and Marjorie Roberts. He married his sweetheart Florene (Flo) Potter, in Temple City, Ca., on June 7th, 1963. They were sealed to each other for time and all eternity on June 6th, 1970, in the Los Angeles Temple. They were married for 53 years. They were blessed with three children, Bob Roberts Jr., Tammy Gassman, and Holly Behunin. Bob attended college at Mount San Antonio College, in California. He was a fireman, and quickly moved up to the rank of Engineer at the Monrovia Fire Department for 17 years, until his lifelong heart condition prevented him from continuing. Bob and Flo moved to Wrightwood, California, for 6 years, then to Utah, settling in Orem, for 37 years. There, Bob safely bussed coal miners up Spanish Fork Canyon, to the Skyline Mine, for 14 years. He was a faithful member of the L.D.S. church. He loved BYU football, his grandkid’s sporting events, history, telling jokes, his wife, and the Gospel. Bob is survived by his wife Flo Roberts, his children (& spouses): Bob Roberts (Taura), Tammy Gassman (Jay), and Holly Behunin (Jason). He is also survived by his father, of 96 years, Robert Roberts Sr., his sisters: JoAnn Benson and Sandy Fulkerson, 10 grandchildren, and 3 great grandchildren. He is preceded in death by his mother Marjorie (Mikie) Roberts. Bob had been told, due to his heart condition, that he wouldn’t live past the age of 16. His faith, strength, and love of his family, kept him with us for 76 years. From fire fighter to great-grand father, Bob blessed more lives than we will ever know. He was our “miracle man” . He will be greatly missed until we meet again. A viewing will be held at the LDS Lakeview 7th Ward church building, 151 West 1600 South, Orem, on Wednesday, November 16th, from 9:30 to 10: 30 a.m. The funeral service will begin at 11:00 a.m. The interment will be at the Orem City Cemetery. Please share condolences to the family at www.serenityfhs.com

Robert (Bob) Roberts passed away Friday, November 11th, 2016, surrounded by his family in Orem, Utah, due to complications from congestive heart failure. He was born on December 26th, 1939, in Whittier, California. He was the middle of three... View Obituary & Service Information

The family of Robert (Bob) Roberts created this Life Tributes page to make it easy to share your memories.