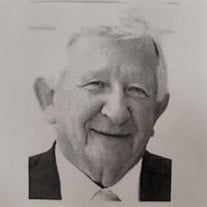 Robert Isakson passed away Friday, April 30, 2021 at the age of 73 in his home in West Haven surround by his wife and children. Rob was born May 13, 1947 to Carl Isakson and Neoma Brinkman Isakson in Coalville, Utah. He married Kay De Vries in the Salt Lake City Temple on March 2, 1973. He resided in Peoa, Utah where he graduated from South Summit High School. He then went on to attend Dixie State University and Weber State University where he graduated with a degree in financing and accounting. He served a mission for Church of Jesus Christ of Latter-day Saints in Torreon, Mexico and later an Inner City Mission with his wife in Ogden, Utah. He served most of his life working as a Finance Clerk on his mission as well as the various wards he lived in. He served as an ordinance worker in the Ogden, Utah Temple. Before retiring, he was the Vice President of Zions Bank in Kamas, Utah and later Roy, Utah. Rob is survived by his wife, and his three children and their spouses, Mark (Mindy) Isakson, Roy, Utah. Ryan (Diana) Isakson, West Haven, Utah. Amber (Blake) Hamilton, Syracuse, Utah, and two sisters, Shelly (Jorge) Guevara and Christine (Steven) Bethers. He is also survived by eleven grandchildren whom he dearly loved more than anything, even Coke and chocolate chip cookies and enjoyed going to all their activities. He was preceded in death by his parents, and brothers and sister. Lawrence Isakson, Edward Isakson, Carlene Jensen, and Leslie Isakson. A special thanks to Ashby Hospice who cared for Rob during his last month of life. Services will be at 11:00 am on Thursday, May 6th, 2021, at the Weber North Stake Center (West Weber) located at 4100 West 900 South, Ogden, Utah. Friends may call prior to the services from 10:00 to 10:45 at the church. Internment will follow in the West Weber Cemetery. Please wear a mask during the viewing and services.

Robert Isakson passed away Friday, April 30, 2021 at the age of 73 in his home in West Haven surround by his wife and children. Rob was born May 13, 1947 to Carl Isakson and Neoma Brinkman Isakson in Coalville, Utah. He married Kay De Vries... View Obituary & Service Information

The family of Robert Brinkman Isakson created this Life Tributes page to make it easy to share your memories.