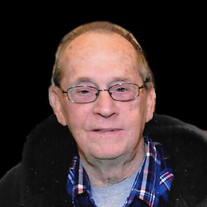 Roger Philip Baumgart, age 78, a loving husband, father and friend passed away peacefully in his sleep on October 5, 2017. He was born September 28, 1939 in Brooklyn, New York to Fritz and Nora Lee Baumgart. He married Lynda Ruth Hafele in Brooklyn, New York, on October 13, 1962. They were sealed in the Bern Switzerland LDS Temple on March 16, 1963. Roger had many loves in his life. The first and most important was to his family. He enjoyed surprising Lynda with gifts (some of them really for himself like the inflatable lawn decorations). He loved her very much, he most often signed cards he gave her with “Love, Me”,so that he could be sure she knew who they were from. To dad there were no “in-laws”, they were sons and daughters, brothers and sisters, and he treated them as such. He was involved in everything we did through his support, his encouragement, his words of wisdom, his cheering for and celebration of. He loved each of us and made sure that we knew that he did. His love of trains began in his childhood, playing with and collecting model trains. Over his lifetime he enjoyed setting up his trains around the Christmas tree each year, traveling to see model train displays (including most recently, the world’s largest display at The Miniatur Wunderland in Hamberg Germany), and even to briefly engineer a locomotive (but you didn’t hear that from us). He also had a love for adventure. He enjoyed skiing, and enthusiastically followed his sons through moguls, and over small jumps. He took many scenic trips on a motorcycle with friends and with family. He also enjoyed hunting, fishing, riding roller coasters, cycling, and ice skating. He had an opportunity to fly a P-51 Mustang fighter plane and also tried his hand at skydiving (fortunately not during the same experience). Roger along with his wife, Lynda, have traveled to almost all of the 50 states, Canada and much of Europe. Their travels were for vacation, for work, for fun, to visit old friends and to visit children and grandchildren. He loved to give to others through service, compassion, time, leadership, friendship, storytelling, and humor. Roger’s wit and talent for conversation could put a smile on your face, a giggle in your throat and give you an all out belly laugh. He was always willing to lend a hand to a family, neighbor or friend in need. He was a very involved member of the LDS church and enjoyed serving the people in his ward or community. Roger gained friends wherever he went and many became as close as family (in the neighborhood, at the Temple, at work, at the Huntsman Cancer Center). We will miss his laughter, his facial expressions, his stories, his comforting shoulder and his presence. Roger is survived by: his wife Lynda, daughter Wendy (Clint)VanZile, son Greg (Candy) Baumgart, son Eric Baumgart, son Bruce Baumgart, and son Reed (Amber) Baumgart, 12 grandchildren, 1 great-grandchild, 2 sisters, and 2 brothers. Roger is preceded in death by: his parents, 2 brothers, and daughter Amy Cummings. Viewing and funeral services will be held at the LDS church located at 4251 South 4800 West. Funeral service is Saturday October 14th at 10 am. A viewing will be held Friday, October 13th from 7-9 in the evening and also prior to the Saturday service from 9-9:45 am. Gravesite dedication will be at noon at Valley View Memorial Park.

Roger Philip Baumgart, age 78, a loving husband, father and friend passed away peacefully in his sleep on October 5, 2017. He was born September 28, 1939 in Brooklyn, New York to Fritz and Nora Lee Baumgart. He married Lynda Ruth Hafele in... View Obituary & Service Information

The family of Roger Philip Baumgart created this Life Tributes page to make it easy to share your memories.