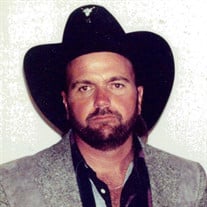 Topic: Roger Lee Dymock - Funeral Service Time: Apr 13, 2022 11:00 AM Mountain Time (US and Canada) https://us02web.zoom.us/j/83934697648?pwd=N1R0b2IvUUlMcE9VRG1VVlhrajAxQT09 Meeting ID: 839 3469 7648 Passcode: Serenity Roger Dymock passed away on April 4, 2022, surrounded by his family after a long battle with Alzheimer’s. Roger was born on February 28, 1953, in Salt Lake City to Kenneth and Arlene Dymock who preceded him in death. Roger is survived by his wife, Patti, his children Craig (Chrissy), Court (Kim), and Melissa, including stepson Jeremy (Jessica). He was the proud grandfather to Grayden, Kaydon, Colton, Berkley, Kaleb, and Kendria, and step-grandchildren Lily and Charlie. He grew up in Taylorsville, Utah, surrounded by family. His grandparents, Charles and Mignon, lived next door and were second parents to him. As a kid he loved to play church ball, whether basketball or baseball and carried that competitive spirit always. He proudly served in the National Guard from 1971 to 1979 except for two years working with the Sioux tribe on his South Dakota LDS mission. As a young dad, he always took his kids camping and loved to ride dirt bikes with his boys at Timber Lakes and Moab until they were all covered in mud. He married his beloved wife, Patti, in 1991. They were married in the Uinta Mountains above Kamas where the family loved to camp and ride their horses. Roger never knew how not to work. In 1976, he and his family started Dymock Construction, which remained in operation for more than 30 years. While his employment was excavation, his heart was in farming and the family’s small ranch in Bluffdale where they grew alfalfa, bred horses, and raised a few longhorn cattle. He loved serving as 4-H president. He built a horse arena and welcomed the neighborhood kids, whom he loved to tease. His favorite vacations during these years were to high school rodeos, where he hazed for his sons in steer wrestling and cheered for his daughter. Later in life, he and Patti bought a boat—something his family thought he’d never do. But it meant more time with the grandkids, and he loved going to Flaming Gorge. Alzheimer’s stole him from us long before we were ready, but up until his last week he still puttered around his land, eager to show anyone who stopped by his antique farm equipment and street signs. Roger still asked everyone he met, whether stranger or not, if they needed help to give him a call.

The family of Roger Lee Dymock created this Life Tributes page to make it easy to share your memories.