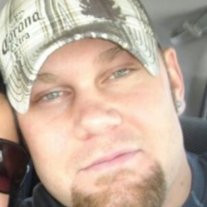 1980-2013 On June 14, 2013, Roman Dee Ballard, our loving husband, son, father and friend passed away. Roman was born November 22, 1980 in Salt Lake City, the son of Rachel Diann Saunders and William Dee Ballard. He grew up in Salt Lake City, Utah, graduated from Cyprus High School and attended Southern Utah University. Roman worked at Meadow Gold Dairy for the past 12 years, forming lifetime friendships. Throughout his life, he has made many friends. He loved drawing, hunting, handy-man work and mixed martial arts. Roman loved being with his family and cherished every moment that he spent with his wife and children. They loved drawing and building things together. He enjoyed being actively involved in all of his children's sports, learning and hobbies. His children called him their Superhero! Survived by his wife Nicole Ballard; children: Riley, Hunter, Aspyn and Addyson. Parents: Father; William "Bill" Ballard (Sherrie Ballard) and Mother, Rachel Diann Saunders. Grandparents: Shirl and Shirley Ballard, Russel Allred. Family: Jim, Shelly, Jessica and Dan and many more Aunts, Uncles, Cousins and friends. Memorial service for Roman will be held on Saturday, June 22, 2013 at 6:30pm at Calvary Chapel, located at 460 West Century Drive Salt Lake City, Utah 84123. In lieu of flowers a donation account has been set up for the children at Zion's Bank under the name of Roman D. Ballard

The family of Roman Dee Ballard created this Life Tributes page to make it easy to share your memories.