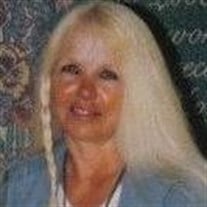 Rosalee Anita Owen Gleed 8/19/1940 - 9/23/2015 On September 23, 2015, our sweet wife, mom, sister, grandma, aunt, cousin and friend, passed away peacefully in her home after a long illness. She will be sorely missed by her entire family and her many friends. Rosalee spent much of her life dedicated to helping others. She willingly gave of herself to her family and friends, and was especially devoted to her husband 'Lee'. They were married in Salt Lake City, Utah on September 6, 1957 and just this month celebrated their 58th anniversary. She was a Chapter President for the Utah Right To Life, she worked as a House Messenger for the Utah State Legislature, she was actively involved as a leader in the Girl Scouts, Primary, Mutual, as well as being involved in many other organizations and groups. These were all done as a volunteer as her love for humanity was very deep. Most of those she knew called her either 'Mom' or 'Grandma' because she was that kind of influence on them. She went on many fun adventures with her family and friends, and she especially enjoyed her travels with her sweetheart, Lee. We will all miss Rosalee so very, very much. Rosalee is survived by her husband: Verlin Lee Gleed, her two daughters: Vicky (Steve) Copfer, and Laurie (Kelly) Johnson, her siblings: Judy Diaz, Lilly (Steve) Prior, Emalee Gonsalves, John Owen, and Betty Placencia. She also was blessed with six grandchildren, and thirteen great-grandchildren. There will be no funeral services held out of respect for her last wishes. Condolences to the family can be shared at www.serenityfhs.com

Rosalee Anita Owen Gleed 8/19/1940 - 9/23/2015 On September 23, 2015, our sweet wife, mom, sister, grandma, aunt, cousin and friend, passed away peacefully in her home after a long illness. She will be sorely missed by her entire family and... View Obituary & Service Information

The family of Rosalee Anita Owen Gleed created this Life Tributes page to make it easy to share your memories.