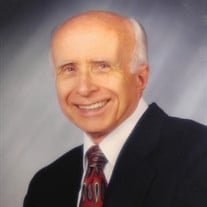 Obituary - Rulon Tingey Burton (1926-2017) Rulon Tingey Burton passed away at age 91 on Monday, July 24, 2017 in Draper, Utah. A native of Salt Lake City, Rulon was the son of Fielding Garr Burton and Melba Stewart Lindsay Burton. He attended Granite High School, was a sailor in the U.S. Navy in World War II, served a three-year mission to post-war Denmark, and married Josephine Omer in 1960. They enjoyed 57 years of marriage. He earned his law degree at the University of Utah, and went on to found the family law firm, Rulon T. Burton & Associates, specializing in bankruptcy and family law. He is survived by his wife, Josephine Omer; daughter, Charlotte Mortimer; sons, Gideon Burton (Karen) and Justin Burton (Heather); and by 13 grandchildren and nine great-grandchildren. He was preceded in death by his brother, Lindsay, and recently by his son-in-law, Jeffrey Mortimer. Rulon enjoyed ministering to the practical and personal needs of people, and was particularly attentive to those with financial struggles and to outsiders of all kinds. People responded to his good humor and warmth of character and knew him for his integrity. He was intensely loyal to his family, his church, and to moral principles. He authored a comprehensive reference to Mormon belief, We Believe: Doctrines and Principles of the Church of Jesus Christ of Latter-day Saints (1994), which received official church approval and has sold tens of thousands of copies. An enterprising self publisher, Rulon also wrote and published family histories, a book on getting out of debt, a mission memoir, a manual on teaching English as a second language, several novels, and a full-length autobiography. Throughout his life Rulon took pleasure in music, good books, writing, and in learning and trying new things. He encouraged his children and grandchildren in their musical, artistic, and educational pursuits, and in broadening their experience through travel. A man of faith, he modeled patience and perseverance, responding to personal and business setbacks with serenity. And while he was often of a sober and reflective nature, he was also congenial and lighthearted. He equally enjoyed Mozart, a good conversation, or a friendly card game. He and his wife, Josephine (who cared tirelessly for him in his final years) were best of friends and deeply in love throughout their long marriage. Together they served missions to Micronesia Guam; Papua New Guinea; and the senior Missionary Training Center. A devout Latter-day Saint, Rulon served in many capacities within the church, but may best be remembered by the many individuals whom he aided in getting back on their feet or whom he privately advised and encouraged. Rulon’s was a Christ-like life, and this is a treasured legacy for which he will always be fondly remembered by family members and countless others. The family is deeply appreciative of the caregivers who aided Rulon in his final days, including Diane Ramble and the staffs of Hearts for Hospice and Wentworth at Draper Memory Care Center. A viewing will take place Wednesday, July 26, 2017 from 6-8pm at the Corner Canyon 5th Ward building (13006 Boulter St, Draper, UT 84020). The funeral service will take place at the same location on Thursday, July 27, 2017 at 11am with an additional viewing from 9:00-10:30am.

The family of Rulon Tingey Burton created this Life Tributes page to make it easy to share your memories.