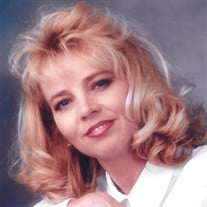 Sandra Kay Whitlock Jones our beloved daughter, sister, aunt and friend passed away October 8, 2017 after her battle with cancer. She was born August 5, 1955 in Salt Lake City, Utah. She is the daughter to Charles Kay Whitlock and Ingrid Dieckmann. Sandy lived her life in Salt Lake City. She had many talents, from playing the piano, singing to speaking German. She graduated from East High School in 1973. Sandy was an independent career women and worked her entire career in sales - the last 15 years at Home Depot. She enjoyed her co-workers and the interaction of helping people. She also enjoyed traveling. Sandy and Ralph Canham traveled to Washington DC, Las Vegas, the Alamo, and many other places. She especially enjoyed her trips to Wendover or Mesquite, Nevada where she loved playing the slot machines. She had a love for animals. Her dog, Princess, was her reason to go for a walk even when she was sick. Sandy loved her family and attended many family gatherings from Mayfield to Logan. She also loved being included with her life-long friend, Karen Thorne’s family, and loved Karen’s daughter and her grandchildren. She enjoyed participating in numerous family activities with both Karen’s family and Ralph’s family. Sandy is survived by her mother Ingrid Dieckmann Whitlock, sisters: Kristine (Scott) Bown and Tanya Whitlock. Nieces and Nephews: David (Dustie) Whitlock, Shannan (Nate) Brockbank, Michelle (West) Harris, Sherrill Whitlock, Travis (Misty) Bown, Chad Bown, Jamie (Robert) Atkinson. She is preceded in death by her grandparents Kenneth and Orpha Whitlock, Albert and Johanna Dieckmann, Father: Charles Kay Whitlock and Brother: Kenneth Lee Whitlock. We would like to give a special thanks to Karen and Wayne Thorne and their daughter Dustie for the love and care they gave to Sandy in their home and to Ralph Canham for his love and support for Sandy. An Open House Memorial – Life Celebration and Luncheon will be held at 12:00 noon on October 21, 2017 in Mayfield, Utah at the Mayfield LDS Ward Cultural Hall for family and friends. Please share memories and condolences at Serenity Funeral Home www.serenityfhs.com.

Sandra Kay Whitlock Jones our beloved daughter, sister, aunt and friend passed away October 8, 2017 after her battle with cancer. She was born August 5, 1955 in Salt Lake City, Utah. She is the daughter to Charles Kay Whitlock and Ingrid Dieckmann. Sandy... View Obituary & Service Information

The family of Sandra Kay Whitlock Jones created this Life Tributes page to make it easy to share your memories.