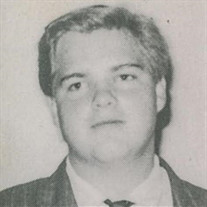 Steven Douglas Berntsen March 1, 1970----- November 9, 2016 Steve passed away in his sleep during the early morning hours of November 9, 2016. He is survived by his loving wife: Odalis Berntsen, children: Ruby Berntsen, Steven Berntsen, and siblings: Eddie Berntsen, Michael Parkin, Jenny Parkin, Deanna Parkin, and multiple nieces and nephews. He was born in Long Beach California, but raised in Las Vegas Nevada. He served his mission in Santo Domingo, Dominican Republic. While there he met the love of his life Odalis. After his mission, he quickly returned and married her. Steve had a deep love of music. He played in his high school jazz band, and several other bands during his adult years. He played many instruments including bass, guitar, piano and drums. He also composed, mixed and recorded his music. He was a loving father, brother, son, uncle, and friend. He was unbelievably funny, highly intelligent, and incredibly sensitive. He will be sorely missed by every life he touched. Viewing will be held at Poplar Grove Ward chapel, 1401 w. 700 s. November 17, 2016 from 9--10:30 am. Funeral service will follow shortly after 11am--12pm. His body will be interred at Crescent Cemetery 11105 s. State St. Sandy Utah.

The family of Steven Douglas Berntsen created this Life Tributes page to make it easy to share your memories.