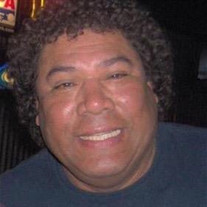 Sunia Kefu September 25, 1958- January 19, 2016 Our beloved Father, Sunia Kefu, passed away on January 19, 2016. He was born on September 25, 1958 in Kolofo'ou, Tongatapu to Mafile'o Kefu and Mele Kefu. He is survived by his wife, Finau Kefu, his children, Angelene, Funaki, Mafile'o, Phillippa, and Sefita, and his grandson, Sunia Jr. He is also survived by his mother, Mele Kefu and his siblings, Funaki (Militoni), Ta'a (Lingi), Tevita (Fipe), Halaevalu (Isikeli), and Manisela (Cortney). Sunia was a loving son, brother, uncle, husband, father, and grandfather. He was a hard worker in everything he did. He raised his kids in Houston, TX. He worked in the oil industry. When he was not working, he spent all his time with his family. He was involved in all his kids extracurricular activities, such as sports. One of his passions was football. He was a little league football coach for many years. He helped coach his two sons throughout their football career. He was such a loving, caring, and supportive father. He was always there for his family. He was such a humble man who devoted his life to his kids and giving them everything that they wanted. He was well known for his amazing BBQ's he had almost every other Saturday. Sunia will be missed very much!! We LOVE you Dad!!

The family of Sunia Kefu created this Life Tributes page to make it easy to share your memories.