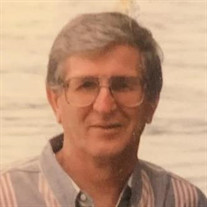 Terrence Summers Carlson’s last days on this earth were spent in the same manner as his life. He went about the quiet work of telling most anyone within his reach that they are loved, that they matter, and that they have a Heavenly Father who has a plan for them. Even as he succumbed to complications due to cancer, he imparted to neighbors, friends and family his same simple message. This was Terry’s gift.This was Terry’s mission. This was Terry’s life. Born in Tacoma, Wash. as a sickly orphan at the peak of the Depression on July 4, 1934, Terry was raised by an aging couple who instilled in him the importance of taking in “the strays” and helping the stranger. At age 11, the tragic death of a boyhood friend sent him visiting church after church seeking deeper answers to life: ones he found in the Church of Jesus Christ of Latter-day Saints. He was, from the earliest age, a missionary of those truths. Terry graduated high school in Enumclaw High School in Enumclaw, Wash. 1950, later attending Brigham Young University. There, he joined an elite group of runners nationwide chasing the first 4-minute mile. He served in the Army during the Korean War, later spending his career in Alaska, the Pacific Northwest and Colorado at various corporations, including Boeing, Sealander, and Brown-Strauss Steel, before becoming a small business owner in the elder care industry. He raised four children with his first wife, Carloyn, primarily in Anchorage, Alaska, then later raised five stepchildren in Colorado with his second wife, Judy, who died in 2014. Together Terry and Judy served two missions for the LDS Church, including in South Africa from 2001 to 2003 where they ministered in townships such as Sharpeville that had been ravaged by poverty and apartheid. Later, the couple served in the LDS institute program in Jackson, Mississippi from 2005 to 2006. Terry moved to Lindon, Utah in 2018 where he and his beloved dog Charlie became the unofficial mayors of the Avalon apartment complex. The two could be seen continually making the rounds checking on other neighbors as Terry imparted his simple message of love to friends and strangers. He is preceded in death by his former wife and the children from that marriage: Deborah, Michael and Kerry. He is survived by son Eric Carlson, of St. George, Utah; and stepchildren Stephanie Grant, of Bend, Oregon; Stacy Edwards, of Cedar Hills, Utah; Shelley Schroeder, of Orem, Utah; Marcus Franck, of Charlotte, N.C.; and Matthew Franck, of St. Louis, Mo..-- in addition to 36 grandchildren and 21 great-grandchildren.

Terrence Summers Carlson&#8217;s last days on this earth were spent in the same manner as his life. He went about the quiet work of telling most anyone within his reach that they are loved, that they matter, and that they have a Heavenly Father... View Obituary & Service Information

The family of Terrence Summers Carlson created this Life Tributes page to make it easy to share your memories.

Terrence Summers Carlson’s last days on this earth were spent...