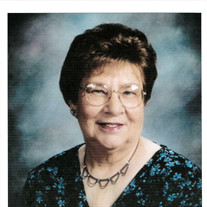 Veola Memmott Hansen Veola, 80, our angel mother, grandmother, sister, aunt, and friend passed away on February 13, 2018 in Provo, Utah. She was born in Scipio, Utah to Eugene and Lillie Memmott. She married Carroll Dean Hansen in the Salt Lake Temple in 1956. Later her family moved to Delta, Utah. In high school she was popular for her beautiful soprano voice. She sang solos in seminary and at high school assemblies and was known as “The Girl with the Golden Voice”. Veola graduated from Delta High School in 1956 and met and married her sweetheart, Carroll Dean Hansen that same year in the Salt Lake Temple. Together they had six children: Diana, Teena, Linda, Ray, Tammy, and Russell. Veola was an active member of the Church of Jesus Christ of Latter-day Saints for her entire life and served in many callings including Stake Missionary, Singing Mothers Chorister, Young Woman’s Leader, Primary President, and Visiting Teacher. She carried a heavy load when her husband, Carroll became ill with Huntington’s disease and she was left to care for him while continuing to raise five teenage children and earn a living for their family. He passed away in 1990. She worked at a Salt Lake cleaners where she had the opportunity to serve President Thomas S. Monson and enjoyed the association with him. In 2000, she purchased a condo in Payson, Utah where she lived the remainder of her life with her daughter Teena, and her husband Randy after their marriage. Veola worked as a Foster Grandparent at Barnett Elementary and was loved by the children she served there. In 2014, she was diagnosed with kidney failure and began a difficult journey of dialysis treatments to prolong her life. She was an example of endurance, courage, and faith to all who knew her. She will be greatly missed by friends and family who drew strength from her and the testimony she had of the restored gospel of Jesus Christ. She was a strong, valiant daughter who has now returned to her Heavenly Father and loved ones who have been waiting for her on the other side. She was preceded in death by three of her children, Russell, Linda (John), and Tammy (Gary). She is survived by 3 of her children, Diana Hsu, Teena (Randy) Searle, and Ray Hansen, as well as 20 grandchildren and 28 great grandchildren. Funeral services will be held at 11:00 am, Saturday February 17, 2018 at Payson Mountain View 1st Ward Building; 1138 East 100 South, Payson, UT. Viewings will be Friday February 16 from 6:00 to 8:00 p.m. and then again on Saturday February 17 from 9:30 to 10:30 a.m. She will be buried next to her loving husband Carroll at Memorial Estates Cemetery in Salt Lake City, UT. Condolences may be sent online at www.serenityfhs.com

Veola Memmott Hansen Veola, 80, our angel mother, grandmother, sister, aunt, and friend passed away on February 13, 2018 in Provo, Utah. She was born in Scipio, Utah to Eugene and Lillie Memmott. She married Carroll Dean Hansen in the Salt... View Obituary & Service Information

The family of Veola Memmott Hansen created this Life Tributes page to make it easy to share your memories.