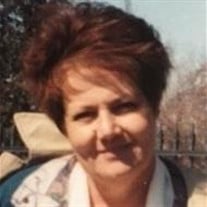 Vicki Griffith Fullmer, Age 71, passed away on June 10 in Murray Utah. She was born December 3, 1944 in Murray Utah to Thomas Ivo Griffith and Betty Lou Muir. She married Stephen A Fullmer in Reno, Nevada on Oct 30, 1966. They later divorced. Vicki had a love for people. She treasured her friends and family but was especially accepting of children. After the loss of her father at a young age, she mothered her younger brothers and did her best to care for them. Vicki’s greatest hope was to draw her family together. She was a surrogate mother to many children through the years, and even mothered her friends. Vicki was a very devoted mother to her own three boys and tried to be everything for her children. She worked very hard and always went out of her way to help her family. By singing and dancing she made cleaning buildings at night seem like fun. Vicki worked for twenty years in the retail industry then went back to school as an adult to study and get certified as a drug counselor. Travel was a favorite pass time, but mostly she loved to laugh and have fun. Her laugh was contagious and musical. Vicki enjoyed music and loved to sing to her children and grandchildren. She spoiled her grandchildren outrageously with treats and attention. She’d read to them for hours, play dominoes, and they could do no wrong in her house. According to the grandkids she was also a mean shot with a Nerf gun. Vicki was laid back and enjoyed outings. Shopping was a joy and she had to tour each isle of the store. Usually her basket was filled with treats for family and friends. Vicki lived in Salt Lake Valley her entire life and loved her home. Throughout her life, Vicki mastered the art of being sweet and ornery at the same time. She loved good food and enjoyed running her catering business. Dinner out with her friends was a special treat. Vicki was a great friend and kept her childhood friends for a lifetime. She enjoyed genealogy and was often surrounded by stacks of charts and photos. Vicki was very dedicated and faithful to her church, participating and attending even when she was very ill. Sadly, Vicki was stricken with many challenging health crisis, yet she never lost faith and always fought a good battle. She almost never complained and stayed strong to the end. She very much appreciated the organ donor who gave her twenty more years to enjoy her family, as well as the transplant team and her hospice workers. Vicki especially cherished the many visits of her dear friends over the past few years. Vicki will be dearly missed by her sons, Stephen A Fullmer Jr (Kirsten) of Fairmont West Virginia, Sydney Chris Fullmer (Shiloh) of Sandy Utah, and Joey Raymond Fullmer of Sandy Utah, as well as her brothers Bruce Muir Griffith (Melody) of Escondido California, Randy Buck Griffith (Judy) of West Jordan, Robert James Griffith of Richfield Utah, and Kenneth Dean Griffith (Julie) of West Jordan Utah, Scott Griffith (Cheryl) of Phoenix Arizona, and Luann Griffith of Las Vegas Nevada, as well as her grandchildren Jessica Eva Hone Stoner (Jordan Christopher), Tyrell Stephen Fullmer (Kerynn Mary), Gabriel Macenzie Fullmer, Calen Beck, Tregan Chis Fullmer, and Trinity Rain Fullmer. Vicki also has four great grand children, Lucy Ray Fullmer, Theo Donovan Stoner, Kyla Sky Beck, and Mary Alice Fullmer. Vicki was preceded in death by her parents Thomas Ivo Griffith and Betty Lou Muir, and her grand daughter Chelci Anna Hone, as well as her beloved brother Raymond Ivo Griffith. Funeral services will be held at the LDS church on 5605 S Vine St in Murray, on Friday June 17, 2016, with a viewing from 4 pm to 6 pm, followed by the funeral services at 6 pm. The services will be a celebration of life in honor of Vicki, so bring memories to share.

Vicki Griffith Fullmer, Age 71, passed away on June 10 in Murray Utah. She was born December 3, 1944 in Murray Utah to Thomas Ivo Griffith and Betty Lou Muir. She married Stephen A Fullmer in Reno, Nevada on Oct 30, 1966. They later divorced.... View Obituary & Service Information

The family of Vicki Griffith Fullmer created this Life Tributes page to make it easy to share your memories.

Vicki Griffith Fullmer, Age 71, passed away on June 10 in Murray...