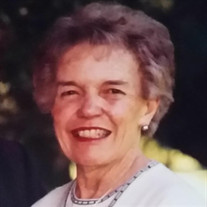 Maxine was born in Salt Lake City, Utah. She attended East High School and then attended the University of Utah where she met her sweetheart Harlow Melvin Vincent. They were married on September 28, 1949 in the Salt Lake Temple. They were blessed with six children: Bryan (Bonnie), Scott (Luann), Alan (Karen), Kirk (Sara), Kristen Lefevor (Paul), and Jill Jack (Gordon). Maxine was a stay at home mom and spent several decades raising her children. She attended sports activities as well as music lessons and recitals. She was a great “referee” with all the kids and had a sense of humor that all enjoyed. Maxine was a perfect companion for her husband Harlow. They enjoyed traveling and traveled all over the world. They took their children and their spouses on a cruise to Alaska, and it is one of our favorite family memories. The family also enjoyed spending time at the cabin and trips to Lake Powell. Harlow and Maxine served a mission for The Church of Jesus Christ of Latter Day Saints in St. George, Utah. They served as hosts at the St. George temple and several other LDS historical sites in the St. George area. Maxine also served in the Relief Society, Young Women’s and Primary Presidencies of her ward. She has a testimony of the Savior and the restoration of His church. She shared that testimony by example and provided Christ centered service to all those she came in contact with. There are many words to describe Maxine…friend, homemaker, taxi driver, blood donor, cheerleader, volunteer, university graduate, comedian, church leader, comforter, daughter, sister, loving wife and mother. As her children we adore her, she is everything to us! We honor, respect and love you mom! Proceeded in death by her husband Harlow, Parents (Clyde C. Edmonds & Victoria Midgley), Brothers (Clyde and David) and Sister (Joann Edmonds Taylor). Maxine is survived by her six children, 25 grandchildren and 18 great-grandchildren. The family would like to thank Sunrise Assisted Living memory care and the Sunrise Branch for being such amazing caregivers. Funeral services to be held Saturday, April 25, 2015 at the West Jordan 66th Ward. 7511 South 2700 West at 11:00 a.m. Viewing from 9:30-10:45 prior to services. Please share condolences at www.serenityfhs.com

Maxine was born in Salt Lake City, Utah. She attended East High School and then attended the University of Utah where she met her sweetheart Harlow Melvin Vincent. They were married on September 28, 1949 in the Salt Lake Temple. They were... View Obituary & Service Information

The family of Victoria Maxine Edmonds Vincent created this Life Tributes page to make it easy to share your memories.