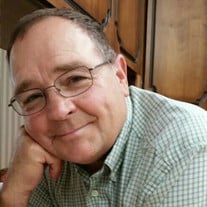 Ward Milo Maxfield of Paul, ID died June 4, 2015 on Mount Hood, OR at the age of 66. Ward was born in American Fork, UT on March 1, 1949, the third son to Merrill and Cleora Maxfield. Ward had 4 brothers: Jae, Newell, Kim and Jerry. When Ward was 9 years old, the family moved to Idaho to settle on a 300 acre homestead north-west of Paul. The family lived in a small cinder block home until they could move their house from Pleasant Grove, UT to place on a basement they had dynamited out of bedrock on the homestead. On the school bus, Ward met a cute neighbor girl, Judy Moore (daughter of James and Helen Moore). They quickly became fast friends and fell in love in high school. The pair eventually married and sealed for time and eternity in September 1968 at the Idaho Falls Temple. Over the next 12 years they welcomed 7 children into their loving home. Ward was very much in love with his sweetheart, Judy. Throughout their relationship, he always wanted Judy to know how much he loved her. At any given time, it was not uncommon to find more than one love note posted throughout their house (there are 4 such notes on the kitchen cabinets at the time of this writing). Ward and Judy were great friends as well and spent much of their time together holding hands. Ward lived the gospel of Jesus Christ. He was an active member of the Church of Jesus Christ of Latter Day Saints and served faithfully in numerous callings. His family and his faith were the two cornerstones of his life. Ward was raised and lived the majority of his life in Paul. He was a hard worker and loved serving the community in his banking career. He also enjoyed employment in a variety of other fields including farming, trucking, and even a stint as “Twinkie the Kid” at the Hostess store. Ward taught his children through example that providing for his family and taking pride in his work was far more important than the type of work he was doing. He also valued service and was an active member of the Kiwanis club and an ambassador for the Chamber of Commerce. Ward made great effort to engage with his children through whatever they happened to be interested in. He enjoyed hiking, camping, biking, running, skiing with his children as well as playing with and reading to his grandchildren. Above all, Ward was a doting husband, loving father, and energetically playful grandfather. His smile and spirit will be dearly, dearly missed. He was preceded in death by his father Merrill, step-father Noel Bills, brothers Newell and Kim, and daughter Tiffany Maxfield Bopp (Tony). He is survived by his adoring wife, Judy, his mother Cleora Maxfield Bills, brothers Jae and Jerry Maxfield, step-sister Lane Godfrey (Jack), daughter Cherish Goodwin (Mitch), sons Troy (Gena), Adam (Kate), Neal (Danielle), Layne (Melanie), and Lynn Maxfield (Ellen), as well as the lights of his life; his 22 grandchildren plus 2 on the way. Funeral services will be held at the Paul, ID LDS Stake Center at 11:00 AM on Friday, June 12, 2015. Friends may greet the family beginning at 9:30. Arrangements were made through Larry Hansen at Serenity Funeral Home 801-599-5220. Condolences maybe shared at www.serenityfhs.com . Donations can be made to the Burley Kiwanis Club

Ward Milo Maxfield of Paul, ID died June 4, 2015 on Mount Hood, OR at the age of 66. Ward was born in American Fork, UT on March 1, 1949, the third son to Merrill and Cleora Maxfield. Ward had 4 brothers: Jae, Newell, Kim and Jerry. When... View Obituary & Service Information

The family of Ward Milo Maxfield created this Life Tributes page to make it easy to share your memories.