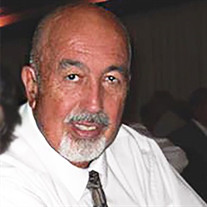 Our beloved father, grandfather, brother, uncle, friend, and husband passed away in St. George, Utah from a courageous battle with cancer on August 10, 2014 in his home surrounded by loved ones. Wes was born on June 19, 1936 in Ogden, Kansas to Howard John and Anne Lorrine Steere Johnston. The family moved to Provo, Utah where he graduated from Lincoln High School. After high school, along with a few great friends, Wes enlisted in the Navy and spent 3 years serving his country on a troop transport ship. While in the Navy, he was stationed in several places and got to sail out overseas to Hawaii, Alaska, Guam, the South Pacific, and the Philippines. After which, he used his G.I. benefits to enroll in college at Brigham Young University where he majored in P.E. and Health and minored in Business and Drivers Education. Later in life he continued his education and attended both BYU for his Masters Degree and the University of Utah for an Administration Specialist Degree. While at BYU, he met his wife of 50 years, Kathryn Vera Hallman. They were married in the Salt Lake Temple on September 16, 1959. He lovingly cared for her until she passed away in 2010, also from cancer. During their life together here on earth, they raised 4 wonderful children who blessed them with 11 beautiful grandchildren. Wes enjoyed spending time with his family, helping coach little league, taking everyone camping, fishing and hunting, and attending many of their extracurricular activities, like football, volleyball, swimming, softball, and dance. Wes worked as an Educator for 35 years. During which, he had the opportunity to work in several schools in Enterprise, Utah and Salt Lake City, Utah and in many different areas; teaching, coaching, and administration. He taught P.E., Health, Science, Business Management, Accounting, and Drivers Ed. He also coached football, basketball, track, baseball and wrestling. Later he went into Administration where he enjoyed 18 years working as a Vice Principal at Kearns High, Taylorsville High, and Skyline High Schools. Other than education, Wes owned his own construction company for 30 years which led him to build their first family home in West Valley City, and also the family cabin in Bear Lake. Wes was blessed with many interests and talents. He loved to hunt, fish, doing cement work, going out to eat, watching sports on TV (especially BYU), singing, hanging out at his cabin and traveling. He traveled all over the United States and also visited Canada, Mexico, Europe, China, Antarctica, South America, and Israel. Most of all, Wes loved being a member of The Church of Jesus Christ of Latter-day Saints. He was a very Christ-like person and had great faith. He held many positions in the church and served the Lord with great love and without waiver, including serving as a High Priest Group Leader, High Councilman, Bishop and a missionary for Substance Abuse Recovery. In 2010, Wes met Judith Ferrer and they were married July 10th in the Jordan River Temple. Together they loved to sing, travel and spend time with friends and family. Wes is survived by his wife Judy, children Mike (Tammy), David (Jan), Jennifer Bergquist (Stephen) and Jill, grandchildren Colby, Nic, Cassie, Andrew, Taylor Ann, Vanessa, Cory, Jordan, Sammie, and Adam, siblings Ken (Barbara), Ron (Cesear) and Zoetta Paxman (Dennis) along with many nieces and nephews. He is proceeded in death by both his parents, wife (Kathy) and one grandson (Dustin). A viewing will be held in St George, Utah on Thursday, August 14th from 6:00-8:00 pm at the Sunset 8th ward chapel (82 N. Dixie Dr.) Funeral Services will be held on Saturday, August 16th at 11:00 am in the Union Fort 5th Ward Chapel, 6770 South 500 East, Midvale, Utah. Viewings will also be held there on Friday, August 15th from 6:00-8:00 pm and from 9:30-10:30 am prior to the funeral services. Interment will be at the Redwood Memorial Estates Cemetery. The family requests that in lieu of flowers, donations can be made to the Hunstman Cancer Institute, 2000 Circle of Hope Drive, Salt Lake City, Utah 84112.

Our beloved father, grandfather, brother, uncle, friend, and husband passed away in St. George, Utah from a courageous battle with cancer on August 10, 2014 in his home surrounded by loved ones. Wes was born on June 19, 1936 in Ogden, Kansas... View Obituary & Service Information

The family of Wesley Howard Johnston created this Life Tributes page to make it easy to share your memories.