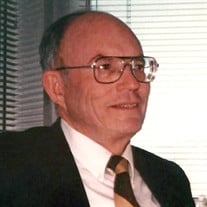 Willard Henry Bradshaw passed away peacefully on May 26, 2016 at the age of 91, surrounded by family members in his home in Springville, Utah. Willard was born on February 11, 1925 in Orem, Utah to Miriam Covington and Samuel Bradshaw. He was raised in Orem, Utah on his family’s fruit farm during the great depression. He graduated from Lincoln High School. After high school he enlisted in the Army to fight in World War II. He reported to Camp Roberts in California and then was assigned to fight in the European theater under General Patton with the 2nd armored division (“Hell on Wheels”) where, among other campaigns, he fought in the Rhine campaign to help contain the German Ardennes offensive in eastern Belgium, more commonly known as the “Battle of the Bulge.” He lost much of his hearing in this campaign and sustained other injuries while marching behind a tank that was destroyed. He came home with several fancy award medals that he didn’t want to talk about. After the war, he served a three-year mission in the “California” mission for the Church of Jesus Christ of Latter-day Saints. The California mission included most of California and a large part of Arizona. His mission president was Oscar W. McConkie who had his missionaries serve “without purse or scrip,” meaning that the elders of the California mission lived at members and investigators’ houses and relied on them to give them food. The missionaries slept in different places almost every night (this has been documented by historian Jesse Embry). Willard and his mission companion were the first missionaries assigned to form a brand new branch of the Church in the city of Laguna Beach, California. He also served in California’s Inland Empire and in Arizona cities Ripley and Yuma, all without purse or scrip (where his personal mantra was: “At least I had Laguna Beach”). Upon returning from his mission, he attended Brigham Young University and graduated with a B.S. in Microbiology in 1952 and a Masters of Science in bacteriology in 1953. He was one of the only BYU students to be awarded a fellowship from the National Institute of Health during the 1952-53 academic year. For graduate school, he earned his Ph.D. in Comparative Biochemistry from the University of California at Berkeley in 1957 where he wrote his dissertation titled “Purification and Characterization of Xanthine Dehydrogenase from Clostridium Cylindrosporum.” After graduation, he completed a post-doctoral research fellowship at Stanford University and then moved to New Jersey where he worked at a large pharmaceutical company for several years. While in New Jersey, he served as a young men’s leader for his local congregation of the LDS Church where he taught current LDS apostle D. Todd Christofferson among other young men. He was obsessed with classical music from a very young age and built homemade radios and sound systems his whole life, keeping abreast of all forms of musical technology and meticulously preserving classical music with a library of records, 8-tracks, cassettes, CDs, Microcassettes, and other discs. He was lured into academia when he was offered a professor position at the University of Illinois at Urbana-Champaign in Champaign, Illinois. After three or four years there he was recruited to be a professor at (as he used to call it) “the” Brigham Young University. According to him, President Ernest Wilkinson told him at his interview that he needed to come to BYU so that he could get married and stop his “bachelor nonsense.” If this wasn’t enough to persuade him, President Wilkinson told him he would give him a salary raise once he got married. He came to BYU and after several years of bachelorhood, where in his opinion, his dear mother and sisters tried to set him up with every single woman “from here to Timbuktu,” (his words) he finally met the love of his life, a beautiful and passionate concert pianist named Carole Castro at BYU and they were married on August 8, 1975 in the Salt Lake City temple. He bought her two grand pianos to put in her front room. Willard and Carole lived in Provo nearly their entire marriage and raised four children in Provo—all of whom attended Provo High School. He is the proud grandfather of eleven grandchildren and the great grandfather of three great grandchildren. Willard retired from BYU in the early 1990s after approximately thirty years of continuous service. He worked almost exclusively with graduate students and took great pride in their work. He was a lifelong member of The Church of Jesus Christ of Latter-day Saints and served in many capacities, including serving an MTC service mission and receiving a mission call to Kirtland Ohio. Willard is survived by his wife, Carole Castro Bradshaw, and their four children: Albert Nagasaki Japan; Mike (Stephanie) Orem; Marie (Darin) Clinton, Utah; Gilbert (Marin) Newport Beach, California. He was preceded in death by all of his siblings, Samuel (Raul), DeLenna, Robert, and Beth. The viewing will take place on Thursday June 2, 2016 from 6:00-8:00 p.m. and the funeral services will take at 11:00 a.m. Friday June 3, 2016 all at the LDS Church located at 1122 North Grand Avenue, Provo, Utah 84604.

Willard Henry Bradshaw passed away peacefully on May 26, 2016 at the age of 91, surrounded by family members in his home in Springville, Utah. Willard was born on February 11, 1925 in Orem, Utah to Miriam Covington and Samuel Bradshaw. He... View Obituary & Service Information

The family of Willard H. Bradshaw created this Life Tributes page to make it easy to share your memories.

Willard Henry Bradshaw passed away peacefully on May 26, 2016...